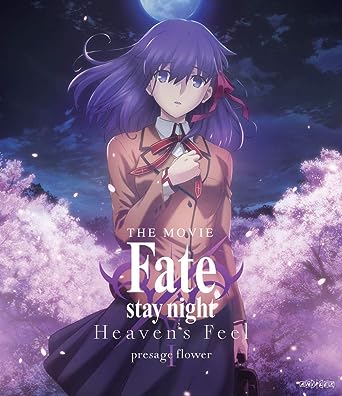 When it comes to the Fate franchise, I have always considered myself a casual fan. My first exposure to the franchise was when I watched scattered episodes of Deen’s Fate/Stay Night on my cable TV (Back when I still watch TV. Internet and video game is everything I need nowadays). I remember that I enjoyed the anime, despite some criticism from the fandom regarding its adaptational choice. What I like about that anime basically sums up the entire appeal of the franchise for me. Some cool shonen action, likeable characters, interesting flesh-out world of magic, and the meta-textual appeal of seeing famous mythical/historical figure interpreted into an anime character.

When the announcement for Heaven’s Feel anime adaptation was made, I was more or less apathetic. I enjoy the franchise enough, but I wasn’t going to go out of my way to see every single installment.  I’ve heard about the route’s popularity, but the way fandom hails it as dark and gritty somewhat turns me off.  In general, I never really like evaluating a media based on those two textual traits and their ilk, mostly because fandom would often champion them as an indicative of a “mature” work and therefore “better”. I like dark and gritty media; heck some of my favorite stories has always been the way optimism can still thrive in an unforgiving, complicated world. I don’t like it so much, however, when fans regard them as a barometer for an “objective quality”; they’re a skin the story puts on, not the actual substance.

Plus I spoiled myself by looking up the synopsis, so there goes the element of surprise.

But then, I started to get hooked on Fate/Grand Order (hail gatcha) and Lost Butterfly is going to be released in my country soon. Based on the fandom reaction that I’ve seen, the second movie also seems to be critically beloved. So dive into the rabbit hole I did. And… well I came out of the hole pretty much loving the movie. It certainly makes me feel like an idiot for not watching the movie when it was released here.

What surprises me is that I like the movie not because it’s dark and grim (although the movie is both of these things, and they do amplify the drama of the story), but because it’s a such an emotional and intimate movie between two people trying to get out of a screwed-up circumstances. I love the way the movie sells me the bond between Shirou and Sakura with the quiet lovingly told prologue of how they met each other as well an intimate scene of the two of them talking to each other in a cold storage room lit only by a single heater. I care about the gruesome events in the movie not because they’re dark for their own sake, but because they’re an outside external forces that threaten Shirou and Sakura’s idyllic everyday life. My pet theory regarding Nasu as a writer is that he is at his best when it comes to crafting personal humanistic story, but fall short when it comes to writing a lofty and high-minded idea-driven narrative. While this is only the adaptation of his work, I’d say that some aspect of his writing shines through in this movie.

On the one hand, we have Shirou, a boy trying to save everyone he cares about from being dragged into this entire horror show. He is trapped by the trauma of his past, but also driven to save others by them, and he also struggles with his desire to become the hero that he imagined his adopted father was (all the while reconciling with the fact that the justice his father pursued is less than ideal). Then you have Sakura, a girl trapped within an abusive household but can only dream of getting out by mimicking Shirou’s dedication and determination. The bond between the two is the heart and soul of the movie, and seeing them trying to essentially save each other while horrific events creeps into their lives is just heart-wrenching.

Another surprising thing that I like about this movie is the portrayal of Shinji, Sakura’s adopted older brother. He’s still an asshole, but he’s also an overcompensating dickwad playing tough by abusing Sakura to make up for the fact that he’s a talentless unwanted trash in a family of prestigious magus. Not helped by the fact that he is upended by a goodie two-shoes like Shirou at school (there’s a constant sinister atmosphere whenever Shinji and Shirou are in a scene together, something that is emphasized by Shinji’s expression and the way he is framed in the movie). In a movie about two people struggling with their respective familial burden, Shinji is a perfect villain; both a victim of an toxic system, as well as the perpetrator of said system. While there is evil that threatens our protagonists, represented by a literal monster, Shinji is also another form of that evil, one that is sadly far too common in our society.

So I guess with all of that, I’m really hyped up for Lost Butterfly. Even more so based on the reaction that I’ve seen online. Depending on how it went, I’ll probably going to post my reaction to that as well?

One thought on “I Have Few Thoughts to Share on Heaven’s Feel I. presage flower”