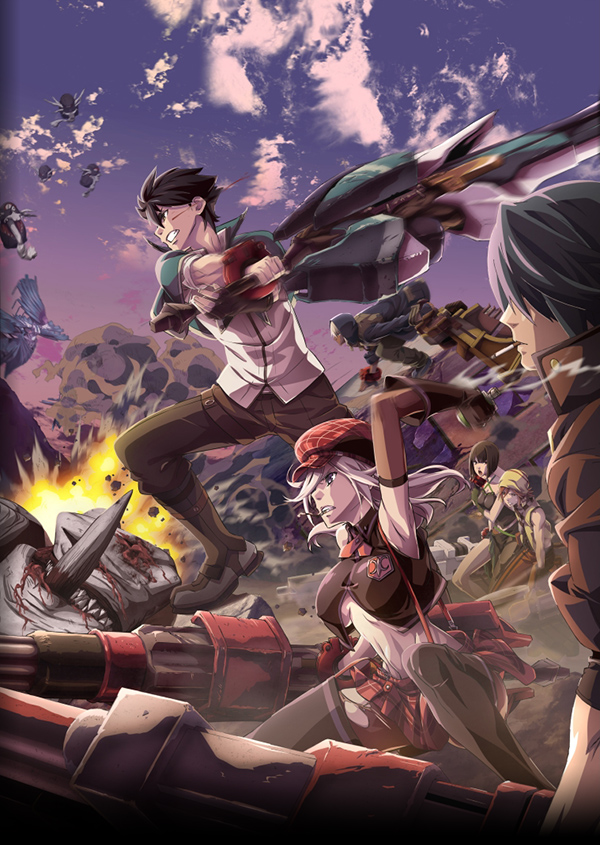 Adapting video game into an anime (or well, to any visual medium like tv series or movie, really) has always been a tricky business. There’s usually two, most often used, ways to do this. Either stick close to the narrative of the game or branch out to create its own narrative using the game as a foundation.

God Eater anime is more or less in a weird compromise between the two methods. The anime only covers about half of the game storyline (I’ve played the game before watching, pretty much the only reason I’m watching this) while adding in its own several ideas. The overall result of that is….interesting. God Eater is underdeveloped and uneven in many parts, but it certainly has highs. I’d say that’s already more than most anime could do.