Anime has been what I frequently watched ever since I was little. I grew up from kids anime like Doraemon, Ninja Hattori, Beyblade, B-Daman etc. to the Shonen stuff such as Flame of Recca, YuYu Hakusho, Law of Ueki, Bleach and most importantly, Naruto. There’s just something about the medium that speaks and resonates to my inner geek and makes me excited to watch them anytime.

END_OF_DOCUMENT_TOKEN_TO_BE_REPLACED

In just a few days, we’re going to left behind 2014 and enter 2015. Which means more hardships and struggle for many us coming in real life, but of course, new wave of anime title are also coming.

END_OF_DOCUMENT_TOKEN_TO_BE_REPLACED

Okay, this time i am going to talk about the meat of this series, the girls. For realsies.

Like i said before, the girls are largely archetype. However, i liked the fact on it was used in a quite different context, so they feels quite different. And to some degree the girls do have independence’s and not solely define around being in loved with Shido. In fact, there are quite couple of times where the girls actually help him.

I am only going to go over their general personality and perhaps touched upon some interesting thing i found about them.

Oh yeah, just a bit of a warning, there’s probably a potential spoiler, so proceed with caution.

And with that, lets get into it.

END_OF_DOCUMENT_TOKEN_TO_BE_REPLACED

All right, this time around, i am going to talk about some of the characters of this series.

As you know, DAL is still a harem series. Harem series main purposes has always been about the girls and the fanservice that they provide for all those male audiences out there. They live or die based upon the prettiness and the quirks of the girls. They are what male fantasy supposed to be.

In other words, the more hotter, cuter and likeable the heroines are, the better.

So lets talk about the main male lead!

END_OF_DOCUMENT_TOKEN_TO_BE_REPLACED

So from today up until the twelfth days I am going to keep talking about this series. Oh yeah, what i will talk about on this post, is my general thought toward the LN series. As for what i think about the anime adaptation, i’ll covered it on another post.

All right let’s get into it.

END_OF_DOCUMENT_TOKEN_TO_BE_REPLACED 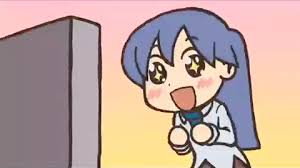 Okay, i think its time to reveal what is the series i am talking about on earlier post.

Keep in mind this is only going to be the reveal of the series that i am going talk about. The “analysis” and the thought i had about the series itself will begin starting next post (a bit cheating, i know). Hopefully, i’ll be able to articulate clearly why i find myself interested with this series and also you’ll understand my point of view.

All right, you guys ready? Are you excited? Are you hyped? Because this is going to be the series i am going to talk about for the next ten day or so.

END_OF_DOCUMENT_TOKEN_TO_BE_REPLACED

For whatever reason on aniblogsphere, there seems to be a tradition of posting twelve post consecutively throughout December up until Christmas. Being a person that has nothing better to do instead of contribute something to society, i decided to join in on the fun 🙂

But what i ask myself? What will i post throughout those twelve days?

END_OF_DOCUMENT_TOKEN_TO_BE_REPLACED 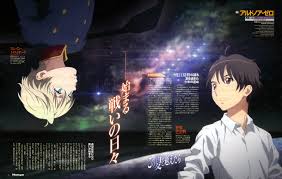 The definition of a trainwreck series is usually where a hyped series (usually with high production value) that began decent enough, slowly started to failed on storytelling or narrative department due to stupid (sometimes hilarious) decision on narrative choices. Whether that be plot holes, the way characters started to make stupid, out of logic decision that wasn’t in line with their established personality, or beginning to reveal absolutely idiotic twist/reveal that usually just there for the sake of shock value, anything. On 2011 the title fell to Guilty Crown for many. On 2013 it fell onto Valvrave (although i began to suspect this was intentional) for some. And arguably on 2014 the title fell onto Aldnoah.Zero.

While some regard A.Z as an interesting failure, for others its just a joke. The reasons is all the more apparent from episode eleven to twelve. After the reveal of visual promotion for the second season of A.Z that depicted Inaho, our main character, somehow managed to survived despite being clearly shoot to the head at the end off the first season, most of anitwitter/aniblogsphere ready themselves to jump on hyped train/bandwagon not on basis of that it’ll be “great”, but rather on the basis that it’ll be hilarious/enjoyable trainwreck.

For some reason, i just can’t join on whatever silliness that will potentially come out.

END_OF_DOCUMENT_TOKEN_TO_BE_REPLACED 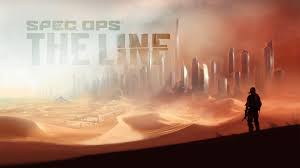 (Warning this post contain major spoilers for Spec Ops: The Line. The real effect on this game can only be experienced it firsthand without being spoiled, so if you haven’t played it, please just exited this and buy this game. Buy this darn game. It only going to cost you 20-30 bucks on steam and a couple hours of your life. Whether you’ll like it or not, i guarantee it wasn’t like anything you’ve experienced before. Thank you)